Dashboard security is organised using a combination of two methods as follows:

User Roles determine what permissions the user has once logged in. They include the following:

Groups determine which dashboards, datasets and other entities a user has access to. The key aspects of the group structure are:

The below image is taken from the [Admin]>[Groups] screen and shows the hierarchy of groups within the Intuitive demonstration suite shipped with all installations.
A number of entities titled 'Sales..' have been published to the Sales group. 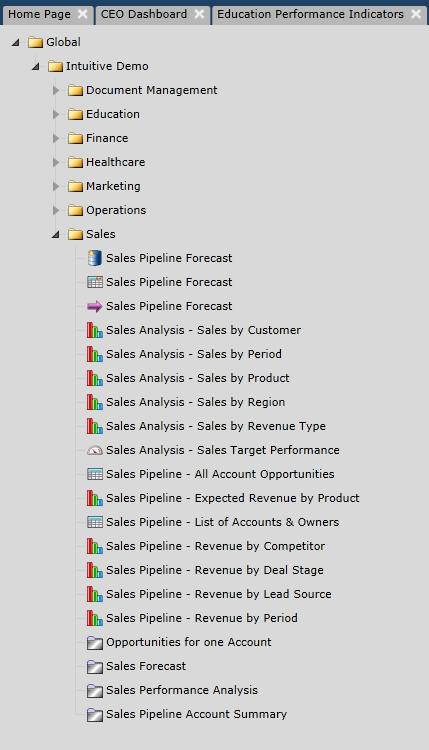 The entities would be accessible as follows:

Have more questions? Submit a request